The younger Kestrel gymnasts had good results in the South East Gymspire Championships held in Newport.  The gymnasts were competing on Vault, Trampette, and a set Tumble routine on Floor.

In the 6-7 yrs Level 1 Section which had 50 gymnasts competing, Phoebe Morris won Silver on Trampette, Laci Watkins won Silver on Floor, Bronze on Vault, and the Overall Champion Trophy.  Together with Carys Fullerton, Emme Crabbe and Maisie Browning, the girls took Team Silver.

In the age 8 yrs Level 2 section, Niamh Trott won Gold on Floor, and Overall Silver and qualified to be part of South East Wales Team competing in the Welsh Finals in Deeside where she went on to win Silver on Trampette, 4th Ribbon on Tumble and winning Regional Team Bronze. 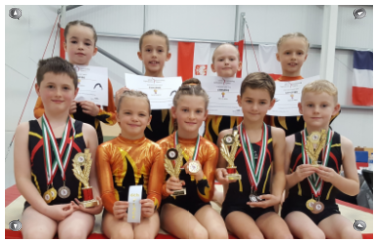 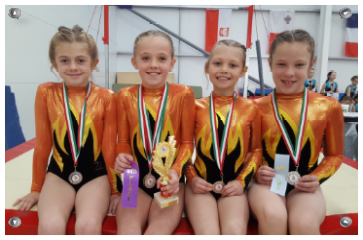 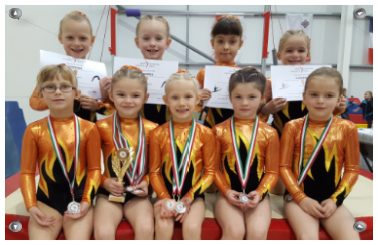 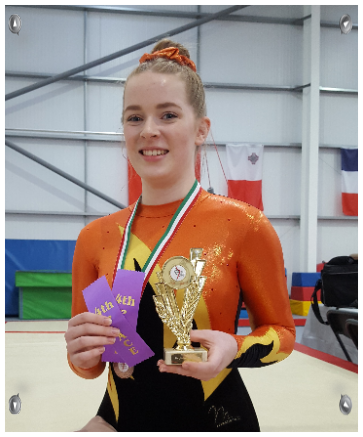 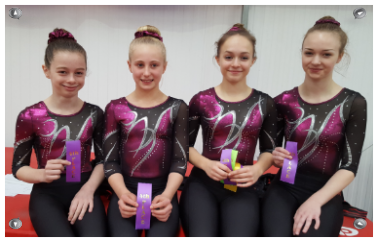 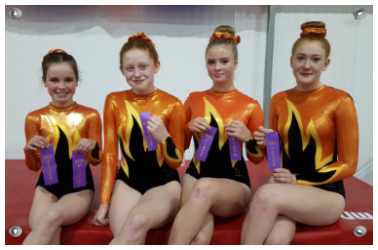 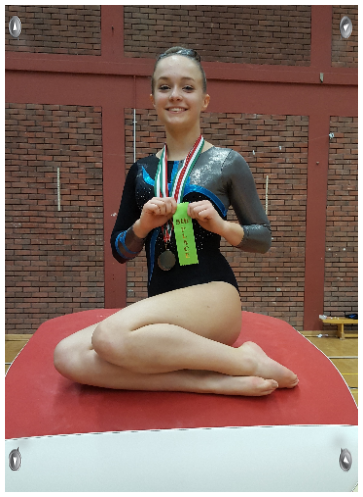 Kestrel gymnasts came back with nineteen medals between them after an excellent day at the Welsh Novice Agility Championships held at Sport Wales National Centre in Cardiff.  In the 8 years Level 2 Boy's Section, Leo Childs was champion taking Gold, Ted Watson in Silver position, Faye Webb won Silver medal in the girls' Section, together with Rose James and Amelie Thomason, the five gymnasts took Team Gold.  In the 11-12 year old Level 2 Section, Shannyn Hoare, Imogen Powell, Jasmine Fellows, Amber Morgan and Martha Linden pulled together to win Team Bronze.  In the 13 yrs + Level 4 Section, Tom Hook was champion taking Gold, and in the Girls' Section, Chelsea Reynolds took the Silver medal, Cora Chisholm was awarded Sixth place Ribbon, and together with Lilli Edwards, the four gymnasts took Team Silver.  A great end to their competitions before the Summer holidays. 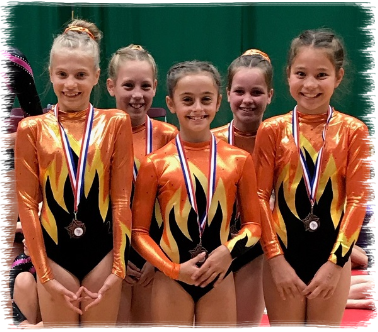 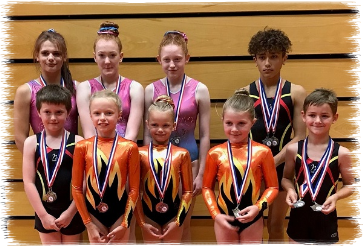 Kestrel Gymnastics Recreational gymnasts put on their best performance in this year's Club Championships.  Gymnasts aged from 4 yrs onwards had to perform two Tumbles and two Vaults for the Judges.  All enjoyed the competition with a full house of proud parents and friends.

The Club is enrolling new members to start September  - kestrelgymclub@live.co.uk.

Kestrel Gymnastics Club had two gymnasts in the British Tumbling NDP Finals which took place at the Motorpoint Arena in Nottingham.  Competing in the 13 yrs plus section, executing three tumble runs, Finley Stenner in NDP Level 2, had an excellent day in his first British Finals taking the Bronze Medal, Joseph Dunster competing NDP Level 3, did his utmost best, finishing in 6th place.  Both Finley and Joseph should be very proud of themselves having qualified through the Welsh Championships and British Semi-Finals to then be ranked in the top six at the British Finals. 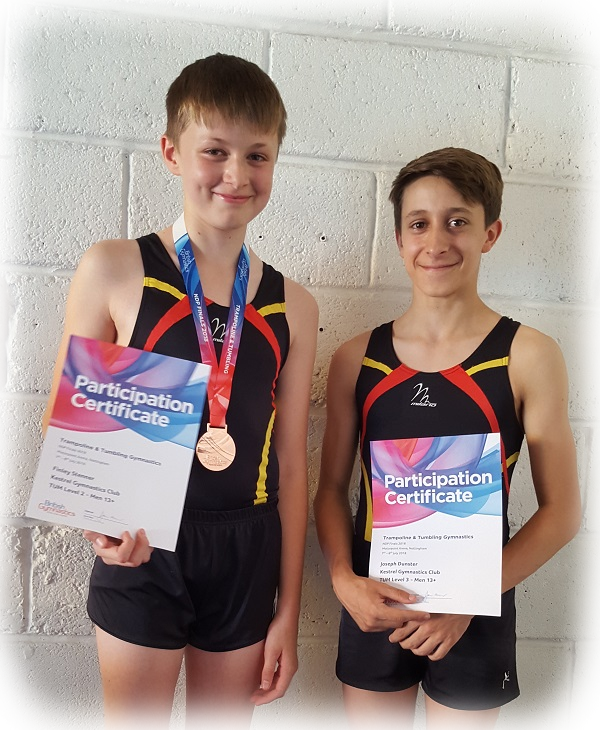 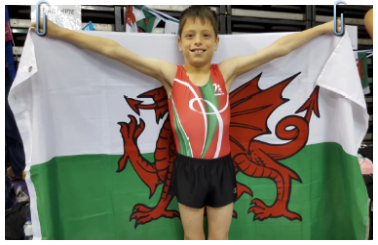 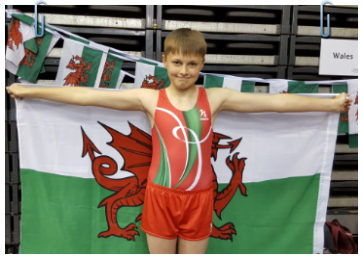 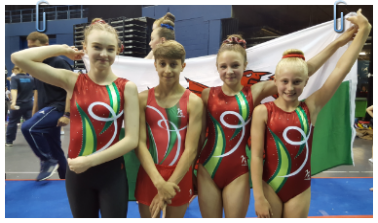 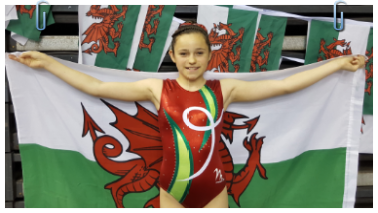 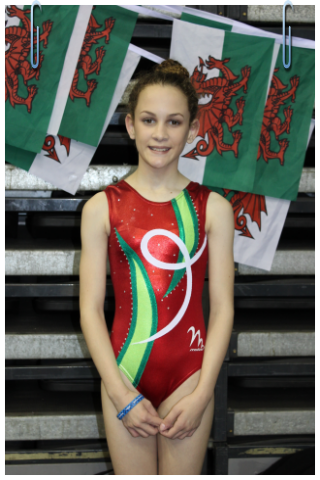 Kestrel gymnast, 12 year old Gemma Heal, bounced her way to becoming Welsh NDP Level 3 Trampoline Champion at Sport Wales National Centre in Cardiff.  Gemma had to perform set routines on the trampoline, a conditioning set showing flexibility, and has qualified to represent Wales in the British Semi Finals in Birmingham in June, aiming for a good performance to go through to the British Finals. 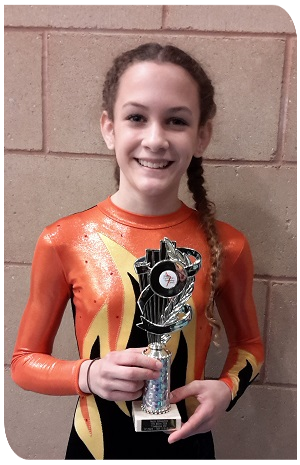 Three very happy little Kestrel gymnasts who had a great day in Cardiff performing their NDP Grades on all apparatus.  They all did their best in their routines on Beam, Bars, Vault, and performed a Floor routine to music, then had to show strength and flexibility in the Range and Conditioning set work.  7yr old Amelie Thomason passed Grade 6 with Commended, and 8 yr olds Eva Lawn had Commended, with Elsie-Mae Williams passing Grade 5. 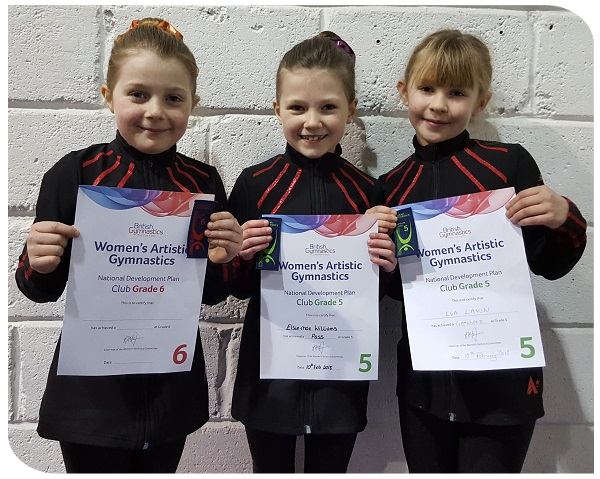 A fantastic weekend of success for Kestrel gymnasts at the Welsh NDP Championships in Haverfordwest.  Seven gymnasts are now through to the British Semi Finals in Birmingham in June representing Wales.  The gymnasts have been training very hard for this event, working on three set tumble runs, aiming for the top two places with perfect executions to get qualifying scores, and we are all very proud of their success.   James Davies from Tutshill  won Silver in 11/12 yrs Level 1.  In Girls Level 2 Section - 11/12 yrs, Charlotte Jones was Champion followed by Maisie Edwards winning Silver. Level 2 13 yrs+  Lily Brain was Champion, 13 yrs+ Level 2 Boys - Finley Stenner won Silver, all from the Gloucestershire area.  In Level 3 Girls 13 yrs +, Georgie Davies was Champion, and 13+ yrs Level 3  Boys' Champion was Joseph Dunster, both from Chepstow.  They are all excited, and looking forward to the next stage competing in Birmingham. 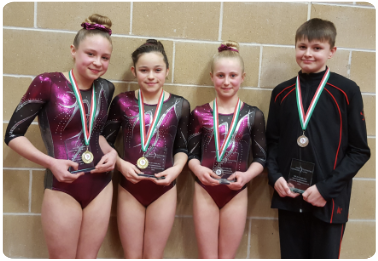 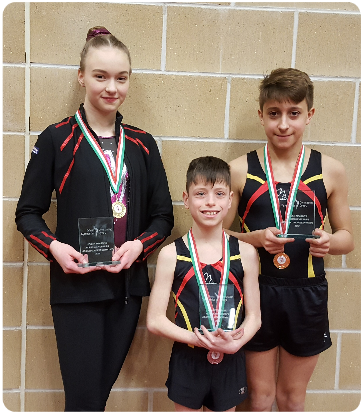 Representing their schools, Kestrel gymnasts performed excellent tumbles and vaults, and won all but one age group where we took Bronze.  Well done to all, especially to Henry, Joseph, William, Olive, Maisie, Georgie, Clare, Lily and Jessica who will now be representing East Wales in the Welsh Finals in Cardiff next month.